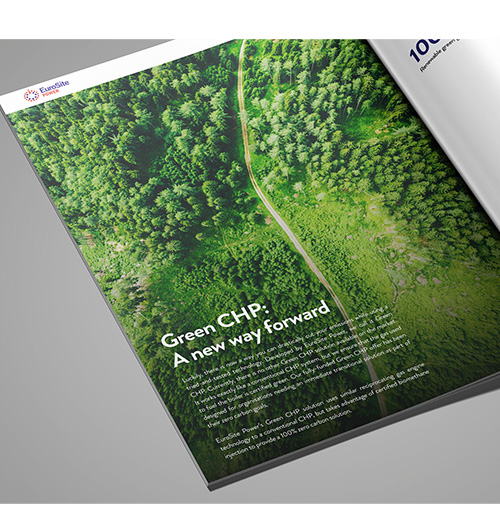 UK
EuroSite Power has launched of its Green combined heat and power (CHP) offering – believed to be the first of its kind available in the UK - which it sees is a vital transition technology for laundry and drycleaning companies on their Net Zero journey.

The alternative to traditional CHP systems has been developed by EuroSite Power. The company’s Green CHP offering, which is powered by certified biomethane injection to provide a 100% zero carbon solution, is believed to be the first of its kind available in the UK, it said.

Green CHP works exactly like a conventional CHP system; however, EuroSite Power ensures that the gas used to fuel the boiler is certified green. The company, which is well-known for its On-Site Utility fully-funded energy as a service approach say its Green CHP offer has been designed for organisations needing an immediate transitional solution as part of their zero carbon goals.

EuroSite Power’s Green CHP solution uses similar reciprocating gas engine technology to a conventional CHP but takes advantage of certified biomethane injection to provide a 100% zero carbon solution. All the gas burned by EuroSite Power’s Green CHP system is certified as renewable, using a widely accepted standard called Renewable Gas Guarantees of Origin (RGGOs)*. The company can also use the same approach to include gas used elsewhere in a customer’s building. This means users are able to legitimately state that they are using 100% green gas and have decarbonised their operational emissions from the use of heating in their buildings or process.

First of its kind
“Nearly half of the UK’s greenhouse gas emissions are generated by the energy use of buildings, so it is highly likely that heating/cooling and powering sites is a significant source of emissions for most organisations,” said EuroSite Power’s managing director Paul Hamblyn. “Decarbonising these processes will be a huge step forward in a customer’s Net Zero journey, and Green CHP makes this possible.

“We are extremely excited to be able to bring a Green CHP offering to the market before anyone else in the energy arena. We’ve been scanning the landscape for some time and are aware that many companies are considering heat pumps or are thinking ahead to hydrogen-based solutions for decarbonisation. Heat pumps certainly have their limitations and hydrogen may be green in theory, but at present over 95% of it is so-called ‘grey hydrogen’. This means it is produced using fossil fuels through a process which creates between 7 to 12 tonnes of emissions for every tonne of hydrogen. Added to this, there is only one blue hydrogen** site in the world.

“What all this means is a transitional technology is needed. Our Green CHP systems works with this reality to cut your emissions today. In addition, a Green CHP can also be considered ‘hydrogen ready’ to the extent that it too can operate on a blend of hydrogen and natural gas,” concluded Hamblyn.

Low risk, fully-funded model
To accelerate uptake of Green CHP, EuroSite Power will deploy its On-Site Utility (OSU) model to fully-fund its on-site energy generation solutions. The company takes care of the upfront costs of installing the Green CHP solution, so that end customers do not have to make any significant financial outlay. The OSU model means that EuroSite Power installs, maintains and operates the whole system over the course of its lifetime.

Under its OSU model, EuroSite Power agrees to pay for the RGGO certificates which will make the gas green. This means that if the price of these certificates rises dramatically during the life of the contract, it will shoulder the cost. Since EuroSite Power is also paying the upfront costs of purchasing and installing the Green CHP system, there is minimal financial risk to the customer’s business.

Downloadable guide
The company expects its customers to have many questions about how a green CHP technology can deliver solutions for Net Zero emissions ambitions. It has therefore published a guide entitled GREEN CHP: How to meet Net Zero Ambitions with a powerful alternative to conventional gas CHP which is available for download via the comany's website.

**Blue hydrogen: The emissions from the fossil fuels are captured rather than going into the atmosphere. This is a promising development, but so far there is only one blue hydrogen site in the world.