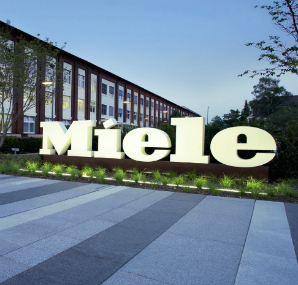 Miele, the Germany-based manufacturer of domestic and commercial appliances, has announced significant job cuts. The company announced on 30 October that as a first step, by the end of 2021, around 1070 jobs will be cut worldwide, of which about 240 will be in Germany.

A further 650 jobs are expected to be eliminated by the end of 2025 at the Gütersloh washing machine plant. This is to be done in a responsible manner, with the least possible social impact, and in close collaboration with Works Councils, said the company.

The Gu¨tersloh family-owned company reported around €4.16bn turnover and more than 20,200 employees in its 2018/19 financial year. This corresponds to turnover growth of more than 30% and an increase of more than 17% in staffing levels with reference to the last five years. The first quarter of the current business year points to further growth.

At the same time, said Miele, it must take account of far-reaching changes in the marketplace and in consumers' habits, which present huge challenges to the entire branch of industry.

“Urgent need for action, but above all enormous opportunities, result for instance from strong growth in the significance of digital channels and mobile devices to the way customers obtain information and communicate. This is further exacerbated by the increasingly price- aggressive behaviour of Asian corporations.

“Furthermore, economic prospects in important markets are greatly subdued. This situation is triggered by familiar geopolitical conflicts and risks to which no end is in sight.”

Miele is to restructure its sales units worldwide. China, the USA and Canada, for instance, will in future report directly to the Executive Board.

To continue the expansion of Miele's digital marketing and sales expertise, digital marketing, e-commerce and digital analytics are to be merged into a new unit. The Miele Group's new Digital Hub Marketing & Sales is to be set up in Amsterdam.

To finance necessary future investments and sustainably secure the company's economic standing, savings in the order of €190m per year are to be achieved, including tried-and-tested programmes which are already running to continuously improve productivity and purchasing. “This figure will predominantly come from reductions in material costs, although reductions in the personnel sector are also unavoidable. This applies to the avoidance of parallel structures and the pooling of resources in Sales, Service, Logistics, IT and standard financial operations.”