A bit wary, but still full of fight

The Benelux textile care sector fears tough times in 2022 as the pandemic continues to take its toll on the region’s businesses. However, there is an undercurrent of positivity, as Eugene Gerden reports

The textile care and laundry sector in the Benelux states is bracing itself to face serious challenges in the coming months, due to the recent deterioration of the Covid-19 situation in the region and existing fears of a drop in demand for services and possible downturn in the sector. This is the consensus of opinion among representatives of some leading regional textile care operators and market analysts.

Most local people fear the new quarantine measures may lead to a further worsening of their living conditions and the same thoughts are expressed by local businesses, including in the textile care sector, which fear that the fifth wave of the pandemic and associated new quarantine measures could have a negative impact on an industry which had just begun to recover from previous pandemic waves. The new Omicron virus is also a major casue for concern.

For example, Geert Braeckman, general manager for Jensen Benelux tells LCNi that, yes, the Covid-19 pandemic has hit Benelux severely, with strong impacts on society and the hospitality industry, and that the crisis is not over. However, he says, despite these tough conditions, Jensen maintains a strong presence in the region and continues to strengthen it. Braeckman adds, this has been achieved with the completion of the number of outstanding installations and rebuilding Benelux business, which has already brought some positive results and allowed the company to weather the storm.

In the meantime, the pandemic has led to a slowing down of growth rates of another major player in the Benelux textile care market, namely Sonett, whose CEO Gerhard Heid, confirms that in the past 10 years Sonett grew in Benelux each year in double digits, but the company is not sure what will happen in 2022, taking into account the current conditions.

Dr Marco Niccolini, general sales and marketing director of Renzacci Spa remains more optimistic, expecting further development of the market. Niccolini comments: “We expect a new era of washing machines, new approaches to laundry and drycleaning, which involve more use of natural solvents and fewer chemicals will become a reality for the Benelux region in years to come. At the same time the ongoing pandemic may restrain further more active growth of the local industry.”

According to Jensen, as demand for textile care and laundry services remains strong, more and more local laundries have seen an increased need for automation to cope with the increased volumes. That leads to completion of new installations by some leading local laundries, which contribute to the raising of their technical levels. The company considers the region as one of priority, as demand and consumption is growing.

Jensen’s Braeckman explains, for example, that the Van der Kleij laundry in Utrecht, Netherlands has been investing in Inwatec soil sorting flat linen automation in the past months.

"We installed the very first Thor.Linen unit, including a Frej.Buffer, in October 2020. This was a test set-up to gain experience on how this new machine handles large items. After several weeks of testing, Thor.Linen returned ‘home’ to the Inwatec factory in Odense to get some rebuilds and upgrades. In January this year, Thor.Linen came back to Holland, together with a new companion: a sorting line including a Heimdal UHF RFID reader and the Heimdal Vision unit for bathrobe belts and face towels. This system sorts the separated items into the existing Jensen Continu-Sort system. Together with Van der Kleij and the #Laundrynerds from Inwatec, we tuned and tweaked the system to perfection. A second Thor. Linen was ordered and installed in May 2021. The system is now running steadier every day, with an average productivity of 2000-2200 pcs/hr. Sorting is done into six categories: double read, towels, duvet covers, sheets, pillow cases, and no reads/ lost track.”

He says Van der Kleij is satisfied and has realised a variety of benefits while using this system, such as a better sorting quality, fewer people in the soil sort, and soil side scanning to get specific data from incoming linen. Braeckman adds that a higher productivity is also achieved by the ironer lines only processing the separated items – no mixed articles and customers anymore. He comments: “In general, laundries in all three countries of the region are now looking at upgrading their facilities with more automation and robotics.”

Over at Christeyns, Steven Van de Walle, senior business development manager, says the pandemic has resulted in the appearance of some new trends in the Benelux textile care market. “We look at the market segment of externalised textile cleaning and there is one big issue: more and more leading textile/fashion brands use the ‘washing at home possibility’ as a sales and marketing argument. As for drycleaning, this segment has been under a lot of pressure in the Benelux region over the past years. Changes in clothing habits are without any doubt one of the main reasons. There is more and more a tendency towards water-based treatment in the region, that could be explained for different reasons.” These reasons are, he says:

¦ Water based cleaning is more adapted to the clothing style

¦ Investment in machines is cheaper for renewal of machine parts or new investments.

¦ Water based is seen as the greener Alternative

¦ Permits are easier to obtain for water based compared to solvent based cleaning.

Most operators interviewed also said in theese current complex times, support from regional textile treatment federations and state should be increased. According to them, this should allow business to better deal with the consequences of the pandemic, as well as other problems, including those which could be classified as 'unforeseen'. In the latter case, they mentioned the 2021 July floodings in Belgium, which severely hit local households and laundries.

In order to raise the operational efficiency of Benelux business, many leading local players are conducting serious structural changes. For example, in case of Jensen Benelux, the company moved recently to new locations in Wetteren/Belgium and Veenendaal/ Netherlands. According to the company, the location of the new premises, in the heart of Benelux, has provided serious advantages, which are especially important amid the current times of uncertainty.

Commenting on the move, Braeckman said thanks to this, customers now benefit from very short delivery times due to the large central stock of spare parts. In the meantime, in addition to Jensen Group other leading local players may well be making plans for a similar strategy that will allow them to further strengthen their position in the local market.

Most operators and analysts consider the future prospects of the industry as cloudy. Heid from Sonett reckons much will depend on prices for raw materials and packaging, which, according to him, could grow enormously and it is completely incalculable and will result in delivery bottlenecks. Christeyns’ Van de Walle, however, remains more optimistic and is expecting a further growth of consumption across the majority of the industry’s product ranges.

Sam Bailey regional director sales North Western Europe, Miele Professional, believes the biggest result achieved by the company in the Benelux market was keeping its people safe, adding: "Turning to business performance, we have delivered strong results in line or above expectations in all three of the Benelux countries, thanks to the hard work, commitment and dedication of all our Miele employees and partners. We expect the industry to continue to grow at a reasonable pace.

"Challenges must include playing our part in tackling climate change, something that Miele has been doing for many years as have been making equipment from sustainable materials for well over a century. We also look forward to embracing the possibilities of digitalisation and offering inspiring solutions for customers and partners that make their business lives easier."

In the meantime, Thomas Zeck, commercial director of Kreussler, said maintaining sales at the previous levels became the best result for the company in the Benelux region in 2021.

“As sad as this is, but as Corona has strongly affected all markets alike - and not only us suppliers, but of course our clients and their customers as well -, it is already a great result having managed to keep up our sales at the same level as before Corona. Our dedicated sales team has done a great job in making sure that sales partners and direct customers alike were reliably supplied with products, keeping in touch with personal visits whenever possible and staying in contact by phone and online meetings in times of lockdown. Especially during times of crisis, it's extremely important that one can trust his supplier to understand one's needs and worries, and we do our best to find the ideal solution for each and everyone of our customers.

According to Zeck, the major challenges are clear and do not only affect the Benelux region: "All the unfortunate developments due to the Corona pandemic have a very negative affect on a lot of important parts of our industry, from hotels and restaurants not being allowed to open or having extremely few guests, resulting necessarily in much fewer textiles to wash to a dwindling of business and private clothes to clean due to people working from home."

Zeck says: "Add to that the fact that many small businesses struggle or are taken over by larger ones, stricter regulations with more administrative work even for small laundries and cleaners and a lack of well-trained staff. On top of that add in massive cost increases both for raw materials and logistics, and the perspective cannot be too rosy.

"We hope the market situation will recover in the coming years, and especially that next year the challenges caused by the pandemic will have a much smaller impact, as research predicts that with higher vaccination rates and the development of medication against Covid, we won't face the severe measures that we did in 2020 and 2021.

"It may be that the Corona situation will develop into some kind of influenza - not erasable, but something society can deal with. That alone would be a great step in the right direction, even if the future situation regarding the pricing of raw material and logistics cannot be judged clearly.

“So I would say that we are all in all cautiously optimistic for the market development in the years to come.” 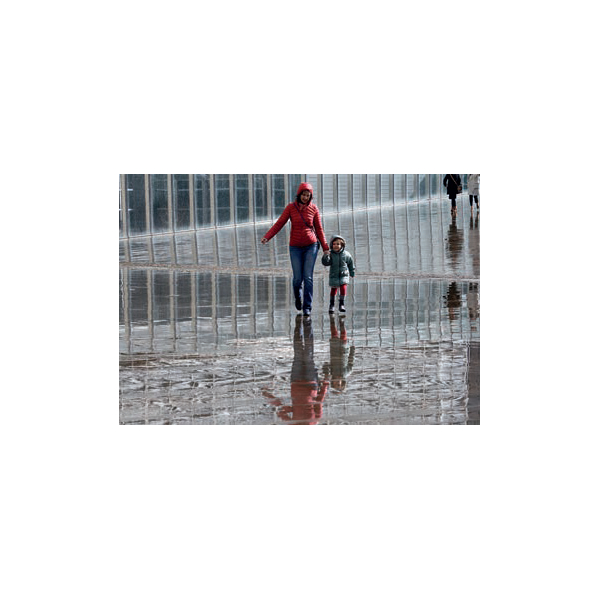 Brussels was also affected by the floods

FLOOD TIDE: On top of the pandemic, the flooding of 15 July 2021 took its toll on businesses in Benelux. This is Valkenburg in the Netherlands ABOVE EXPECTATIONS: Miele says it has delivered strong results in line or above expectations in all three of the Benelux countries, thanks to the hard work, commitment and dedication of Miele employees and partners AUTOMATIC OPERATION: Jensen installed an Inwatec soil sorting flat linen automation at Van der Kleij laundry in Utrecht in 2020 in the form of Thor.Linen. It proved so successful a second was ordered and installed in May 2021
Post to: