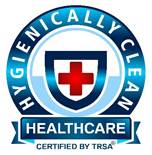 State and federal health officials have reaffirmed their earlier findings that cleared linens in the 2015 and 2016 deaths of five immune-compromised University of Pittsburgh Medical Centre (UPMC) patients, according to the Textile Rental Association of America (TRSA).

This is despite a report for UPMC circulated to media outlets by a plaintiffs’ lawyer, who is suing UPMC and Paris Cos., DuBois, Pennsylvania, on charges of causing the fatal infections in two cases.

The US Centres for Disease Control and Prevention (CDC) and Pennsylvania Department of Health (PaDOH) pointed to the lack of evidence to implicate linens as a source of mould that infected the patients, who were already critically ill. Both agencies stated they would not investigate further.

The study referenced by plaintiffs’ attorneys did not significantly measure clean linen contamination at the Paris facility or the hospital, nor did it directly link any linen to patients.